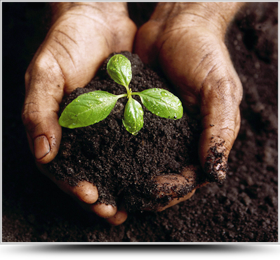 Thrive Hout Bay is a non-profit, community-based organisation serving and operating in Hout Bay, Cape Town. Thrive was born out of a community needs assessment in 2004, which identified that the community’s top three priorities were

The survey revealed that the community needed to build houses, improve job opportunities and employment, clean up Hout Bay and provide amenities for children and youth. In response to the clear need to address pollution in Hout Bay, Thrive’s pioneer project, Zero Waste, was created to focus on reducing, reusing or recycling waste.

The results of a second survey in 2010 motivated Thrive’s main areas of focus and current broad objectives, to provide environmental education for children and youth and to reach out to the community to share environmental awareness and practices. This is done through activities focused on addressing pollution, encouraging biodiversity, growing food locally, zero waste, energy efficiency and saving water.

Thrive places a special emphasis on empowerment, self-organisation, education and cultural organising. The goal of raising awareness around environmental sustainability has been the key motivation for Thrive’s evolution.

Thrive is currently constituted as a non-profit organisation run by a small staff together with numerous volunteer mentors and a Management Committee made up of committed residents. It has an office at Valley Nursery in Hout Bay with most of its activities taking place on site at schools and within local communities.

Thrive started in 2004 with a project called Imagine Hout Bay led by Bronwen Lankers-Byrne – one of the founders of Thrive. The purpose was to unite the residents of Hout Bay around a collective vision for 2014 using an appreciative inquiry approach. This involved interviewing over 300 people across all communities in Hout Bay conducted by 70 volunteers. The result was the formation of a voluntary steering committee which drove an action plan across 9 different sectors, including health, business, environment education amongst others, to tackle the challenges the community identified in fulfilling its 2014 vision for Hout Bay.

Although this movement dissipated, certain aspects persisted. Over the next 6 years several organisations would spring up, all voluntary organisations, that continued working on different aspects of the original vision, including amongst others The 3R’s which evolved into Zero Waste Hout Bay.

These organisations morphed and changed, culminating in Green Living, also founded by Bronwen and involving several other participants from the community. Its main area of focus was environmental activism, awareness, and action, taking forward the work of previous organisations such as The 3R’s and Zero Waste Hout Bay. Its pillars of focus were Food, Water, Energy and Waste. Its main projects were  showcasing environmental practices at a health store and holding two monthly events – Green Movies and Green Drinks, where guest speakers discussed relevant topics, and relevant documentaries were shown, inviting members of the public.

The 3R’s/Thrive incorporated and managed the Hout Bay Recycling co-operative (HBR), which won the local government tender to operate a recycling facility at the local municipal waste drop-off site and which has won several awards since it’s formation in 2008.

In Sept 2010 it also conducted a Green Living Survey, sent to over 7500 households throughout Hout Bay, to survey their perceptions, participation and needs around environmental sustainability.

The results of the survey indicated a very clear desire to participate by the whole community and it was decided to hold a rebranding and strategy workshop on 4 July 2011, in which the new name Thrive Hout Bay was chosen, with a new vision, mission and objective and logo as well as a reformulation of its areas of focus.

Since 2008 Thrive/3Rs has organised an annual EnviroQuiz/Art programme and event where all Hout Bay schools and community learns about their environment.

At the end of 2011 Thrive won a UNEP SEED award and was one of the 8 finalists in the Deutsche Bank Urban Age award in 2012.